No Bounds at ReBITians' Sporting Gala

No Bounds at ReBITians' Sporting Gala

The brains that have gotten used to solving complex problems in the world of IT and cyber security were in for a different challenge. They were not solving or investigating cyber hacks or managing IT projects. Instead, they were seen gathering their wits and might to prove themselves in the world of sports. At the inauguration of ReBIT’s first annual sports day event, there was unlimited joy and team-spirit among ReBITians. Though the playground was alive with ReBITians cheering for their teams, the prequalifying rounds were held over a period of last one month in ReBIT’s premises and various grounds.

While inaugurating the event with the vertical heads and members of sports committee of ReBIT, CEO, Nandkumar Saravade appreciated the efforts in conducting the mega event. He also applauded the participation of his colleagues, amidst work-commitments and as well as urged them to prioritize fitness in their daily routine.

Prashant Lotlikar, Senior Manager, ReBIT and a member of the sports committee recalled the ideation of this event, which began a year ago when ReBIT team members started playing football after office-hours. He quipped that we realized the rigor involved in participating in competitive sports events and hence started weekly practices for football and cricket and it has gradually grown to this occasion. Sajid Sayyad, Senior Manager, ReBIT and also a member of the sports committee remarked that the various games and sports activities helped to know colleagues better and get introduced to new joiners easily. 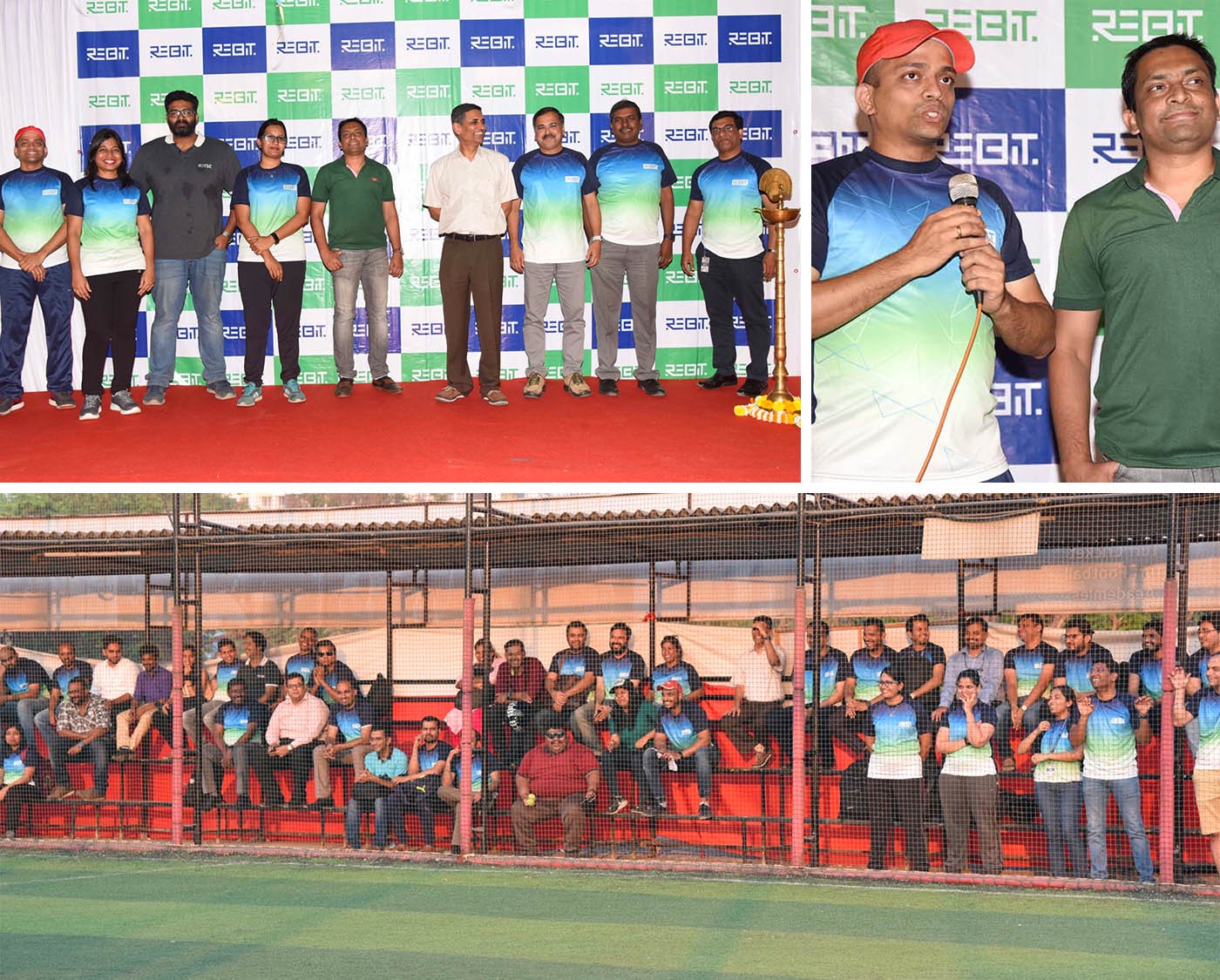 The finals of various matches were held after the inauguration. Men’s cricket and women’s football final matches evoked a growing sense of enjoyment and team-bonding. Men’s football finals match was prominent for its nail-biting and tense moments.

The josh and energy of the event were further enhanced with lively, thoughtful comments and humor by Abhishek Akkewar, Assistant Manager, ReBIT and Ranjeet Rane, Manager, ReBIT, emcees of the day.

ReBITians showed that they not only excel at working and playing hard with a team spirit, but are also adept at celebrating all joyous occasions with panache!