I was a product owner in the capital market back office operations of one of the world’s largest consulting company during the earlier part of my career. Though I have worked on numerous projects in agile/waterfall methodology, this proved to be a remarkable experience for the business users, business and hence merits attention and sharing to the larger community.

The day-to-day operations and responsibilities of the project involved reconciliation of cash and security. One of the main function of my role was to liaison between business and technical teams, discuss the requirements of the former with the latter for implementation. The mails sent by middle office business users to back office were read by AI engine and unstructured data was converted into structured data. The structured data was utilized by Robotic Process Automation (RPA) bot to fetch the referential details from market data sites. Those details were then transferred to user interfaces. This information was used to enrich the fields and SWIFT messages were sent for reconciliation.

We employed scrum methodology and the project involved three stakeholders viz backoffice operations, IT development team and business users. The requirements from business owners were converted into product backlog which were prioritised upon consultation with them. Process flows were captured and there were discussions with the team to understand the business. I was also assigned to create the Minimum Viable Product (MVP). MVP consisted wireframes of user interfaces, click through prototype as per process UI screen. This helped us in knowing the operational/trade values of the incorrect trading settlements. The mails were then classified and tagged based on output. The sample size for tagging the mails was approximately 6000.This process of data mapping and tagging consumed 5-6 weeks and the business owners and data engineers were also involved in this process. The back-logs were prioritised. The failed messages were processed by Recovery Point Objective without any human intervention. Our team developed, tested and deployed prioritised requirement in a time span of 3-4 weeks and created 5 sprints. As a functional person, I was responsible to create the documentations of the project and perform intermediary testing.

Adapting agile methodology reduced the number of resources of this project to two, as compared to the former count of four personnel. Their job has also been simplified and they are only required to scan mails, portal, collect the information and map it and then classify based on rules and copy the date into third portal to rectify the message. They are only required to click and process the details for manual validation.

They retrigger in case of failures to fetch information. The time consumed to read an email and decide on the course of action was 15 minutes (per mail) in the earlier set-up. In the new scenario, only 7-8 minutes was required by a user to read an email and advice. Since users were required to go through the details of 200 mails, the new process helped in speeding up the activities of this phase. Once the fault was identified, the information was passed to product owners and the business teams. They verified it and sent the accurate information to front office for processing.

There were several value-additions and uniqueness of this project due to agile methodology. Some of them are summarized below:

There were some set-backs and challenges in adapting to agile methodology in the project: They are explained below: 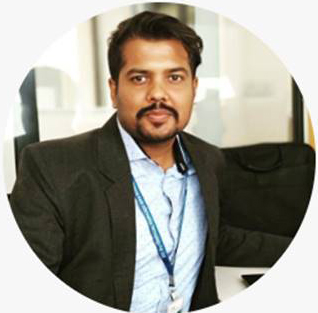 Get our monthly newsletter that catches you up on top cybersecurity news stories, right in your inbox